An avid runner since the age of nine, his age-group performances ranked him nationally in all distance events.  As a 6th grader, he ran 4:58 for a mile and he was the National Junior Olympic Cross Country Champion in Longview, Washington at the age of 14.  In 8th grade, he ran a 4:42 mile and ran 33:00 for a certified 6 mile race.  As a high school sophomore, he was an All-State performer in cross country (12:29 for 2.5 miles) while attending Bloomington South High School in Bloomington, Indiana.  After moving, and graduating from Sterling H.S. in Sterling, Illinois, he went on to compete at Northern Illinois University his freshman year before the program was eliminated due to budget cuts. He went on to compete briefly at The University of Iowa where he received his degree in exercise science with an emphasis in science education.

Coach Vandersteen has thirty three years of coaching experience. His coaching resume includes the head women’s track and field coach and assistant cross country coach at Peoria Notre Dame High School and the assistant women’s track and field coach at Pekin Community High School. After moving to the suburbs of Chicago, he coached the hurdlers, sprinters, and distance runners during his tenure at Waubonsie Valley High School before transferring to Neuqua Valley.  While at WV, he had three different hurdlers run 14.7 or faster.  Overall, he has had numerous state qualifiers in track and field, including a State champion 4 x 8 in 2016.  He has coached twenty one different all-state runners in cross country, including two Footlocker All-Americans. 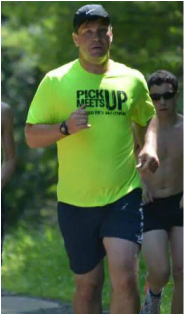 A National Board Certified Physics Teacher at Neuqua Valley, Coach Mike Kennedy has served as Head Track and Field Coach for over a decade. During his tenure, Kennedy has seen the team grow so large that a tryout process had to be instituted. In 2009 and 2014, he saw his team aloft on the trophy stand with a second place trophy; he also has a couple 4th places and a 5th place occur during his tenure. Coach Kennedy was named as AA Track and Field Coach of the Year in 2005.  During his time with the Neuqua Valley team, Kennedy has coached numerous state qualifiers as well as All-State relays and athletes. In 2005, Kennedy coached Prince Riley in the 400 m to become the first Track and Field State Champion for Neuqua Valley. He has also coached two state champion 4 x 400 m relays and 4 x 800 m relays, and Ty Moss, the 2015 state champion in the 800m. James Janota has been active in Cross Country and Track and Field since the age of 10.  He graduated from Holy Cross High School in 1994 and remains one of the most accomplished runners in that school’s history, earning most improved and most valuable honors four out of his eight total seasons.  He earned two degrees from Dominican University; a Bachelor’s degree in English Education in 1998 and a Master’s degree in Educational Administration in 2002.  He recently completed a Master’s degree in Educational Technology from Concordia University in 2013.

James began his professional career at Saint Patrick High School in Chicago where he served as both an Assistant Cross Country Coach for two years and an Assistant Track and Field Coach for four years.  In 2000, Dominican University, his alma mater, sanctioned its first Cross Country Team in its over 100 year history, and James was tapped to head up both the men’s and women’s programs.  During his tenure for both these schools, he has coached numerous athletes who have become state medalists and elite runners.

Now in his 20th overall year of coaching, James begins his 16th year at Neuqua Valley. Having grown up in Naperville, Coach Ragusa is an alum of Neuqua Valley who began his Track and Field career as a sprinter and  pole vaulter.  By the end of his high school athletic career, Coach Ragusa held school records in both the indoor and outdoor 4 x 200 Meter Relay, the outdoor 4 x 100 Meter Relay, and the outdoor Pole Vault.  He qualified in his senior year for the Illinois State Track and Field Championship in both the Pole Vault and 4 x 200 Meter Relay.  Coach Ragusa continued his athletic career at the University of Illinois where he vaulted for the Fighting Illini for four years, earning Academic-All-Big-Ten awards and vaulting a personal best of 4.91 meters.  He even helped coach his younger brother Nick to break his own school record. 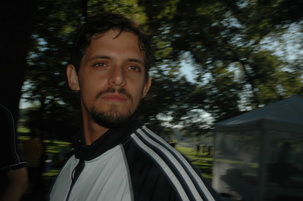 Coach Mike Rossi has been stealing office supplies from Neuqua Valley since 2004.  Now in his tenth year as an assistant coach, Rossi is well on his way to realizing his dream of getting kicked out of every high school running program in Naperville.  He is our esteemed freshman coach.  Coach Rossi is the 2008 NVHS team leader in bad haircuts and still holds several Naperville records for getting turned down for a date by Tara Grodowski (15 times in 2002—a personal best!).  He enjoys cellular respiration and making up witty comebacks in his head for taunts that happened to him 10 years ago.  Oh, and his mother tells him he’s handsome, so in your face, former NV Coach, Steve Saul! 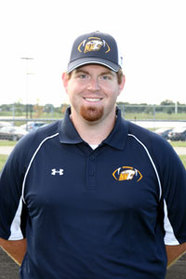 A 2003 alum of Neuqua Valley High School, Coach Ricca has been a teacher of Physical, Health, and Driver Education for the past six years.  In addition to being the longest tenured Throws Coach for the Track and Field team, he has coached Football at the freshman level, now serving as their Head Coach.  Coach Ricca graduated from Taylor University in 2007 with a Bachelor of Science in Physical Education and Health Education.  He coached three years at Taylor University, working with the Football team.  His class was the only one at Neuqua to ever be present all four years with all four classes in the same building.

He played Football while he was a student at Neuqua for two years before an unfortunate ski accident that left him unable to play Football.  Coach Ricca threw for the Track and Field team during his freshman and sophomore year as well.  He finished high school helping coach the varsity Football team. 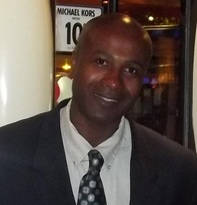 Coach Sweeney returns to the Track and Field staff this year to assist the sprinter and jumper squad achieve their greatest potential.  A man of significant life experience, he attended the University of New Haven and earned both his Bachelor of Science in Business Administration in 1992, and his Master of Business Administration with a concentration in International Business in 1994.  His collegiate athletic accomplishments are quite impressive.  An All-American Track and Field competitor, he still holds the Long Jump record of 7.51 meters (24′ 6″), a mark he posted in 1991.  He capped off his competitive career as a qualifier for the Barcelona Olympics in 1992.
Powered by